Written by Charmaine Ng
Updated over a week ago 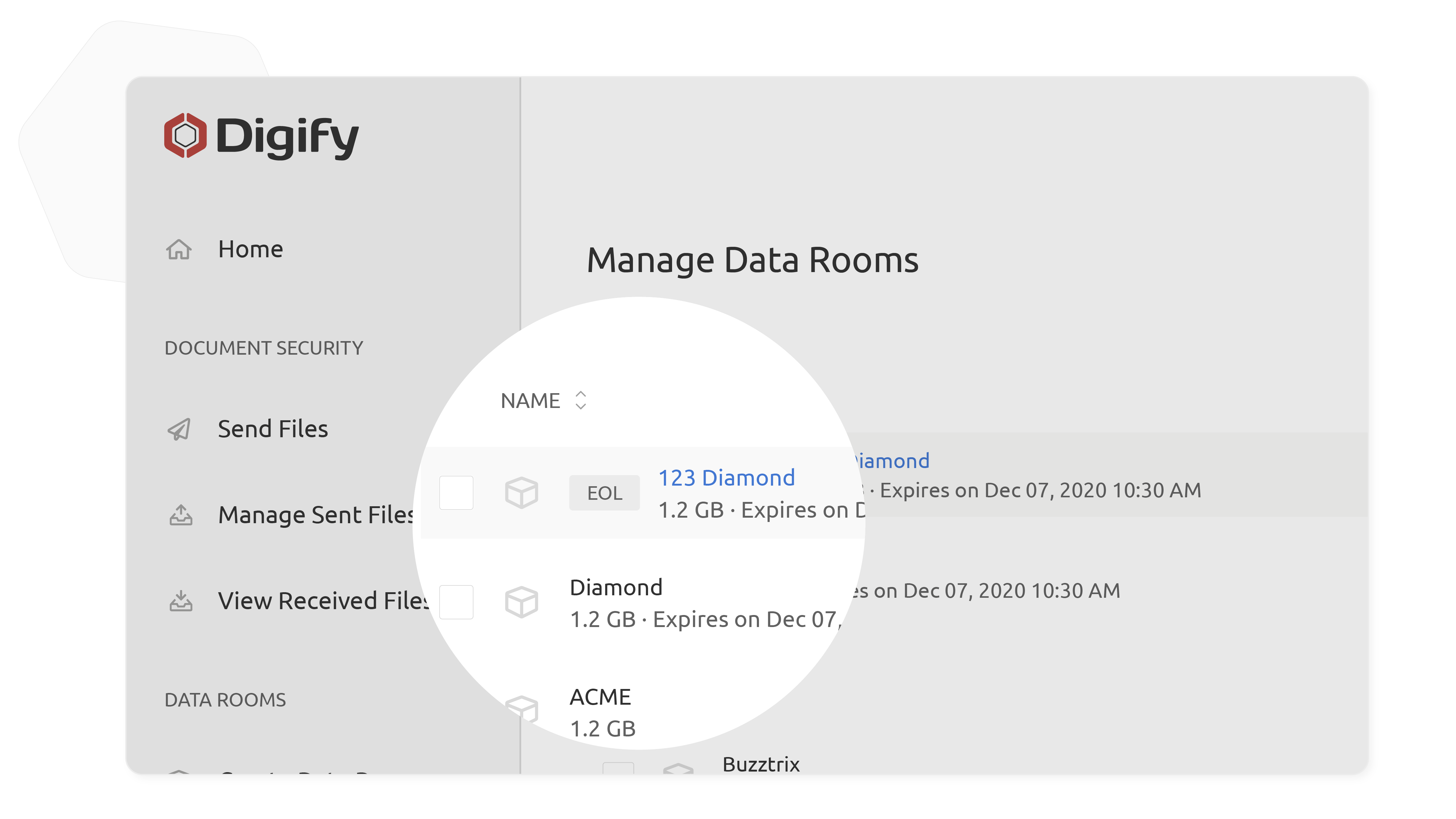 End-Of-Life (EOL) data rooms will soon be automatically updated to the latest version of data rooms, as Digify will no longer support these old data rooms.

Owners of EOL data rooms will not need to take any action, as the update will take place automatically. All files, folders, permissions and statistics will be retained in the updated data rooms.

The update will take place in phases. EOL data room owners will be notified in advance before their respective scheduled update.

During the update, affected EOL data rooms will be inaccessible for a short period of time. Owners will be informed as soon as the update is complete.

Why is this happening?

EOL data rooms are old data rooms that were created before August 2018. Since then, the Digify team has made significant technical improvements to data rooms. This has allowed us to introduce many advanced features such as Granular Permissions.

As EOL data rooms were built differently, it's no longer technically viable for us to continue supporting them.

How to identify EOL data rooms?

What's in the new data rooms?

Once the update is complete, your EOL data rooms will have these additional features, depending on your plan.

*Only available for Team plans & above. View plans

Need help? Drop us a message at support@digify.com and our 24/5 support team will get back to you as soon as possible.

More on this topic

Did this answer your question?